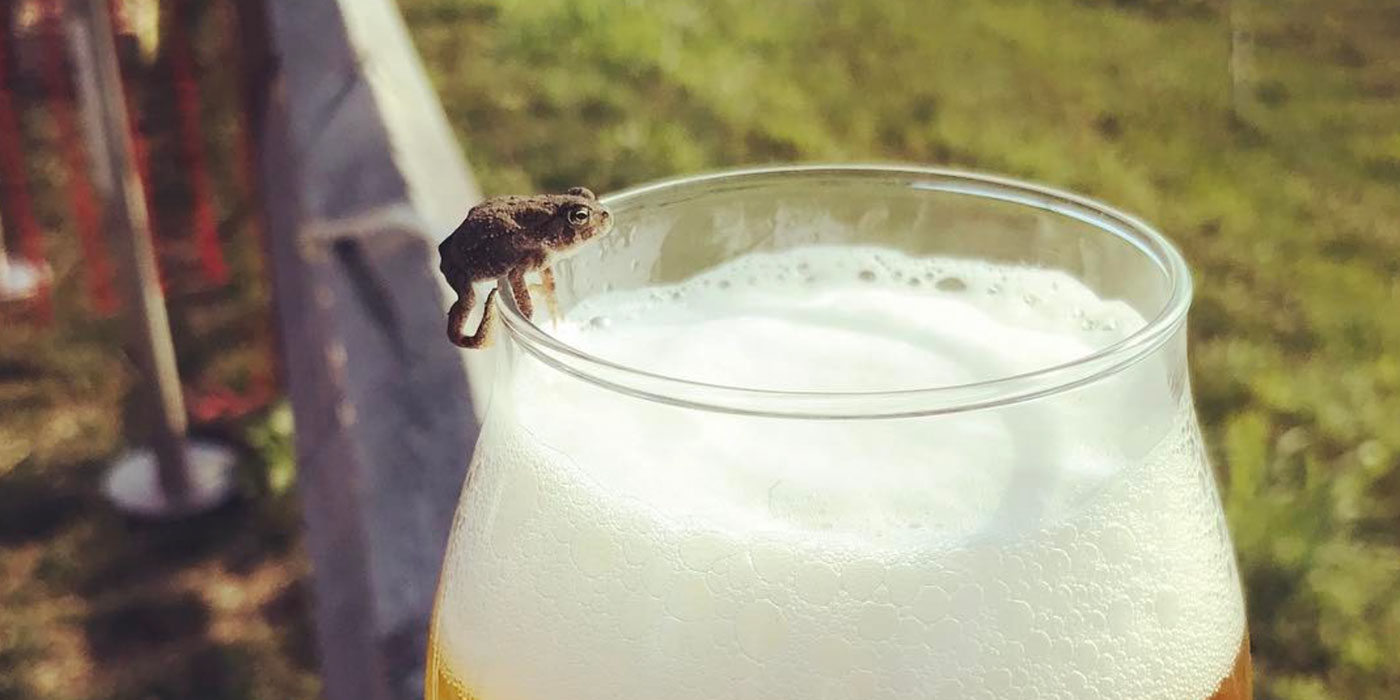 This is a history of every beer ever brewed at Little Fish Brewing Company. We are constantly improving our recipes, creating new recipes, brewing interesting one-off beers, and collaborating with friends. Have a look!

Change is the only Constant

Collaboration with the women & non binary members of our Little Fish crew. A portion of the proceeds go to the Survivor Advocacy Program!

Every Day, Give Yourself a Present

100% Ohio-grown IPA with fresh hops from our arbor! Gluten Reduced

FERM 2200: dry-hopped grisette (wheat saison), bottle & keg conditioned with Brettanomyces. We brewed this beer in collaboration with the students of Hocking College’s “Fermentation 2200” class on March 27th, 2020. We really let them take the reins on this recipe, and they conceptualized a brew that spoke to us as brewers & lovers of simple, elegant Belgian-style beers.
Grisette
ABV: 4.8 %
Available In:

100% Ohio-grown Bavarian-Style Hefeweizen. Thank you for wearing a mask; you are helping save lives! (It is legally required at the brewery unless you are seated at your table, FYI).

Barrel-aged sour brown ale refermented on Turkish Figs. Named for / inspired by the eloquent and informative book of the same name by Mike Shanahan.

Cleft is a blend of 3 distinct sour blond ale barrels, aged for an average of 19 months in oak. Refermented on 3 pounds per gallon of Ohio peaches from Hirsch Farms. Light and lambic-esque, with a vibrant peach radiance.

Hazy I.P.A. hopped with Galaxy, Cashmere, Mosaic, and Sabro hops. ***10% of all proceeds go to support the American Civil Liberties Union, in their fight to strengthen & protect voters’ rights for everyone in the U.S.!

Introducing Bourbon Barrel Batch 300: a celebration of our 300th brew at Little Fish and our very first barrel aged imperial stout. Brewed with Ohio base malts, and aged for 11 months in Ohio wheated bourbon barrels from Middle West Spirits.

Brian & Sean are out picking spruce tips 🌲 for

Stringing up hops!. Just a little tour of our hop